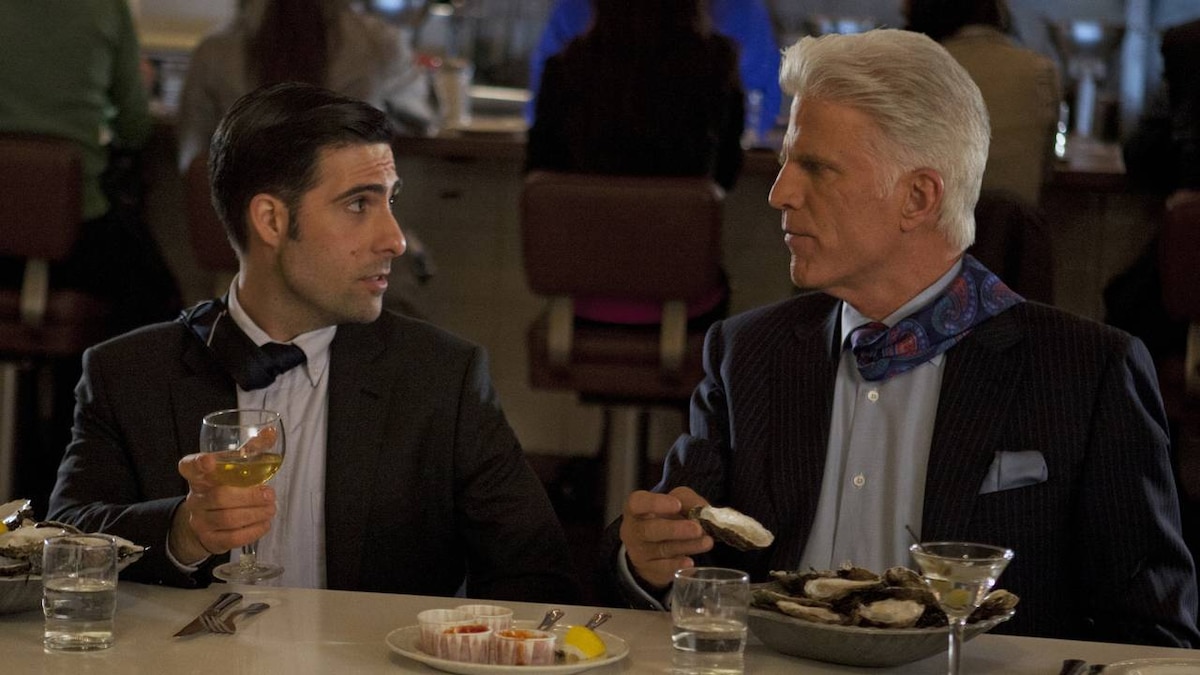 The Blonde in the Woods

At the signing for his new book, ‘The Blonde in the Woods,' Jonathan is approached by a mysterious pint-sized man who notes his weak grip. Continuing the celebration at George's new restaurant, George on Jane, Jonathan toasts Ray, who will be meeting his son for the first time, now that the lesbian couple from Ditmas Park, who conceived with Ray's sperm, is getting divorced. Hearing about Ray's son Spencer, Jonathan's parents reveal that Jonathan, too, was conceived from a sperm bank deposit (albeit someone from Mensa). Jonathan is stunned.

George tags along with Jonathan on his case to tail a tall woman in a distinctive yellow hat, but is quickly distracted by another beautiful woman. Jonathan follows his mark to a hotel room at the Iroquois where he is knocked unconscious. When he awakes, he is on the floor of the hotel room with his pants down, a gun in his hand, and a dead body on the bed. Realizing he's been framed, he flees when the police bang on the door.

Ray is overcome with love for Spencer when they meet. Later in the day when Spencer won't stop crying, he seeks advice from his mother who says she used to put whiskey in a nipple for baby Ray. Ray puts whiskey on his own nipple, which does sooth Spencer.

George reunites with his daughter Emily who is now in AA and dating Bernard, a sixtyish man with a penchant for cycling unitards. When Bernard asks for George's blessing to marry Emily, George asks for some time to think about it.

Jonathan makes it to his new apartment in the Williamsburg bank building but the police are on his tail. As they bang on his door, he escapes out the window. Hanging from the clock tower, he phones Ray - who is getting romantic with his girlfriend Leah - for help.