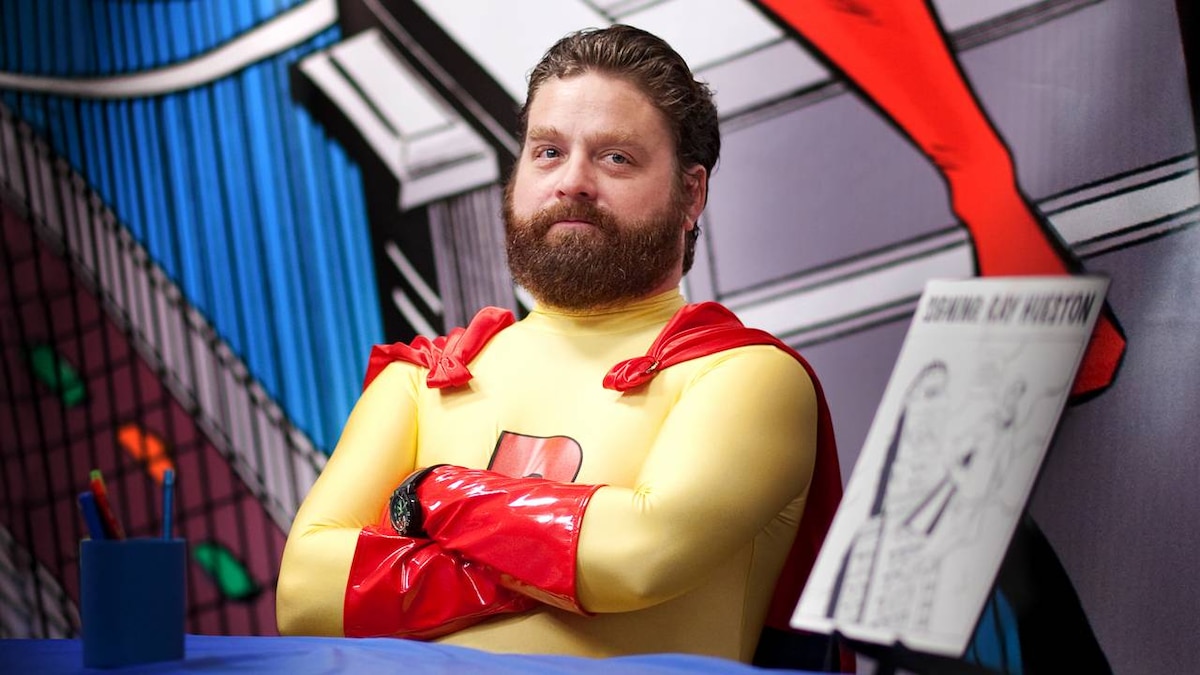 After spending the night with Jonathan following their first date, Nina announces she wants to move in since she's losing her apartment and her job. Before they can resolve the issue, Ray calls Jonathan in a crisis and Jonathan rushes over to learn that Ray's stalker has sent him 12 emails and a Super Ray voodoo doll with a vagina.

At Edition New York, Katherine informs George that since he doesn't have cancer, he must be re-evaluated by their substance abuse experts. George prefers a sanitarium, as that is more Zelda Fitzgerald, but after an evaluation, George is prescribed two months of rehab in Arizona.

Jonathan and Ray locate the computer - in the public lobby of a hostel. They bribe the desk clerk to watch the videotape of the security camera, and he recognizes the telltale hat of a hostel guest. They get the room number for John Doe-Smith and pick the lock to his room to discover that he has papered his walls with Super Ray comics.

Repulsed by a new right-wing political cover for the magazine, George goes to the top, demanding they revert to the original Opera-themed issue. When he's denied, George quits, vowing to drink and smoke as much as he wants. Katharine approves of his decision - and asks him on a date now that they are no longer working together.

Ray's stalker returns to his room, where Jonathan and Ray are waiting. He makes a run for it, and Jonathan chases him, jumping over a rooftop and twisting his ankle. Back at Midwood College for a job interview, Jonathan bumps into Louis Greene, who is interviewing for the same creative-writing job. Spying on Greene's interview, Jonathan hears Louis tip the Dean off to Jonathan's private detective work. Furious, Jonathan busts in and chases Louis around the Dean's office.

The newly unemployed George and still unemployed Jonathan meet up to attend the Brooklyn Comic Convention, where Ray signs Super Ray comics. Jonathan asks George's advice about letting Nina move in after one date, and George urges him to take the chance. Jonathan spots Ray's stalker clutching an Exact-o knife, chases after him and pounces - but not before the stalker stabs Ray. Later, at Ray's hospital bedside, George and Jonathan learn the true history of his stalker -Irwin, the guy Ray found in Leah's bed. Leah runs to his bedside, apologizing for Irwin and showering Ray with kisses. Ray waves Jonathan and George off as he and Leah declare their love. Limping off into the night, Jonathan and George discuss their futures.