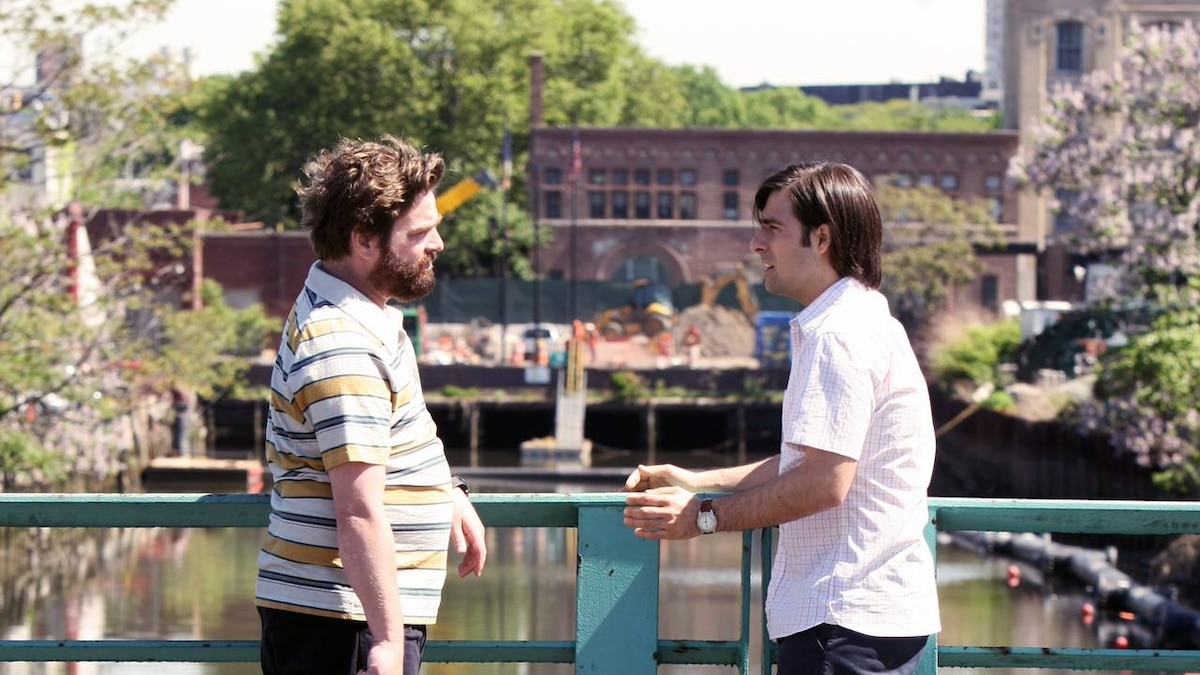 The Case of the Grievous Clerical Error!

Leah comes to Jonathan for help finding her dog, Little Ray, who is being held for ransom. Discussing the case over white wine, Leah and Jonathan nearly kiss but stop themselves. Leah is wracked with guilt, but Jonathan assures her it was only a lean and they were simply projecting their love for Ray onto each other.

Over drinks with Jonathan, Ray confides his ambivalence about dating the girl with elf ears. When he learns that Jonathan is searching for Leah's dog, Ray insists on helping, touched that her girls named their pet after him.

Jonathan visits George at his hotel the morning of his surgery and runs into Dr. Kenwood, who George is sleeping with. Their visit is interrupted by a caller with a tip about Little Ray. Jonathan and Ray have tea with the older woman, who saw their flyer and informs them that they are looking for the Nevins Street Dog Man, a pooch-peddler who tried to sell Little Ray to her for $200.

Jonathan and Ray find a locked yard filled with small dogs, and Ray leads the charge to find bolt-cutters. Guilt-ridden by Ray's drive to rescue Little Ray and win back Leah, Jonathan confesses his near kiss. Ray runs off, but Jonathan gives chase, begging for forgiveness. Ray agrees to forget about it, understanding Jonathan's impulse since Leah is the most beautiful girl in the world.

At the hospital, George's anxieties are further heightened by having his pubic region shaved. He is cheered by a visit from Priscilla who admits she misses him. As she climbs on top of George, he professes his happiness that possibly the last erection of his life is with her - but Dr. Kenwood walks in and notes he used the same line on her that morning. George explains that Priscilla is his ex wife, and Dr. Kenwood assures him that the surgery should go well. She hopes.

Jonathan and Ray stake out the Nevins St. Dog Man but Jonathan has to leave before their mission is accomplished so he can visit George before the surgery. Ray insists on staying. When the Dog Man leaves, Ray lets the dogs out.

At the hospital, George bemoans his stupidity and utter confusion about life. When the nurse comes to take him to surgery, she calls him Mr. Christiansen, again. Jonathan tells George he loves him and when the nurse asks if Jonathan is his son, George says, "Yes." Pacing in the empty room, Jonathan glances at George's chart and notices that it, too, says "Christiansen," and that he lives in "Queens." He races through the hospital to alert them that they have the wrong George. After busting into several wrong operating rooms, Jonathan is tackled just as George is putting being put under, but not before he is able to yell: "He doesn't live in Queens!"

After returning Little Ray to a grateful Leah, Ray continues on into the night to return the other dogs to their rightful owners. With a new lease on life, George thanks Jonathan for saving him and his prostate.