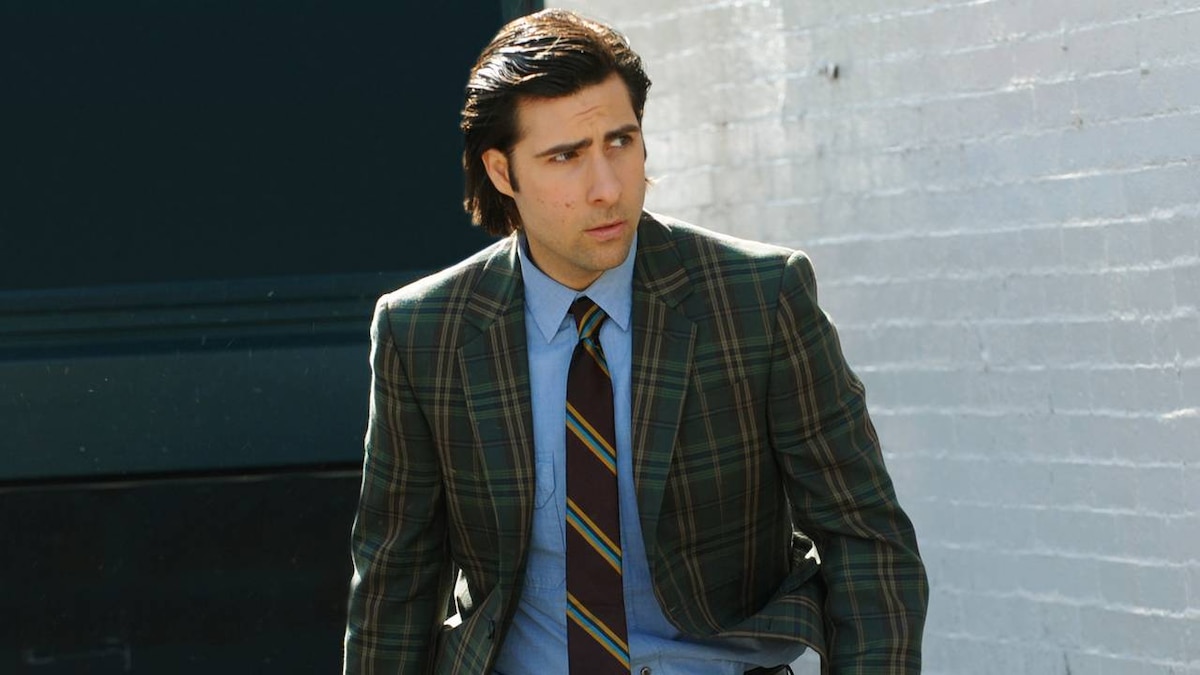 George discusses his mortality with Jonathan, believing that his prostate cancer is payback for "living like a demented God." After countering with complaints about his own lack of success, Jonathan insists they focus on the positive.

At Midwood College, Jonathan meets with a new client, fiction writing Professor Hawkins, a wheelchair-bound junkie who paid his dealer with a signed first edition of 'On the Road' before realizing it was worth $75,000. Now he wants the book back.

The next morning, while waiting for Jonathan outside the comic book store, Ray comes across Leah and, after apologizing for his run-in with Irwin, enquires whether she's read his comic book or listened to the mixed CD he made for her. She says she hasn't and beats a hasty retreat just as Jonathan shows up. Ray and Jonathan head inside, where Ray gets the surprising news that 'The Birth of Super Ray' is selling like crazy. He is approached by a female fan with elf ears who asks for his autograph. Unsure of whether his recent good fortune is due to psychic transference with his super hero alter ego or the positive visualizations he's been doing per a pamphlet from his mother, Ray heads to a bar to celebrate. Jonathan cannot join him, as he must attend to his new case.

George learns from his new publisher Kathryn Joiner that all 'Edition NY' employees will have to undergo a drug test that afternoon. Meanwhile, at Midwood College, Louis Greene spies Jonathan on his stake-out. Jonathan is jealous of Greene's adjunct position, but when he gets the pre-determined signal from Professor Hawkins he heads off to tail the dealer.

Drinking his profits at a bar, Ray meets Jennifer Gladwell (one of Jonathan's first clients, the alcoholic who suspected her boyfriend of cheating). After several whiskeys, they end up in bed together at Ray's for an afternoon of intense sexual play.

Not being able to convince anyone to give him clean urine, George tries to temper his sample with soap, but it still tests off the charts for THC. Katherine relays the news that he will have to go to rehab. But George gets himself off the hook explaining he has prostate cancer and has been smoking marijuana for medicinal purposes.

Tailing the dealer, Jonathan spies the first edition through a basement apartment window but is nabbed by one of his drug-running colleagues and hauled inside. Jonathan insists he's a voyeur, not a cop. But when they spot Louis peering in the window (having followed Jonathan), they capture Louis as well. When Louis refuses to snort cocaine to prove he's not a cop, Jonathan causes a distraction and they make a run for it, grabbing a bag of marijuana and the book. Running through the woods of Prospect Park, Louis is injured, and Jonathan leaves him to get help. But the dealers spot Louis and begin to beat and taunt him and, hearing his cries, Jonathan comes to his rescue, single-handedly fending off Louis's attackers with a big stick.

Back at George's Maritime Hotel room, Jonathan re-enacts his rescue of Louis and talks up the power of positive thinking, urging George to visualize his prostate as cancer free, and vowing to visualize three delusional jobs for himself: successful writer, detective and college professor. "I like all those professions for you," says George, encouragingly.