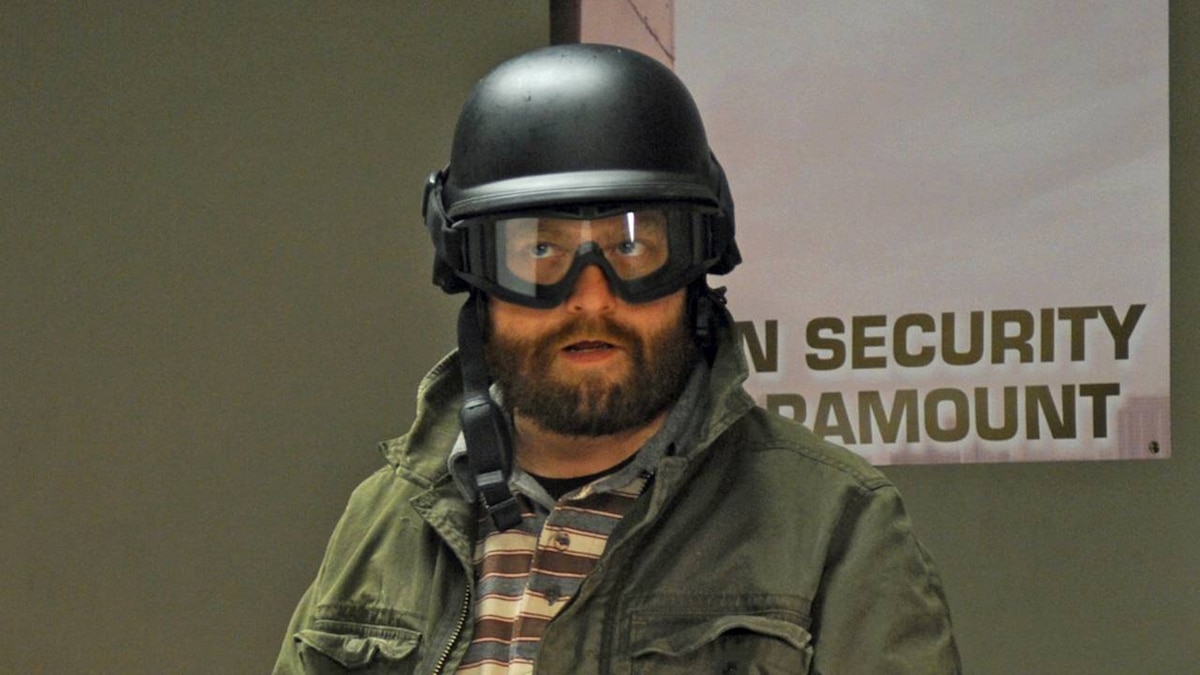 The Gowanus Canal Has Gonorrhea!

George returns to Dr. Kenwood's for his test results and receives the news that he has stage two prostate cancer. As a hoarder, George is upset that the suggested treatment is to remove his prostate - and is stunned to hear the phrase "mortality rate" - but is comforted by Dr. Kenwood's embrace.

At a club watching a naked women insert herself into a balloon, Stella announces to Jonathan that their polyamory experiment isn't working - and he is surprised to learn she has chosen her first love, Warren, over him.

On the heels of his breakup, Jonathan is jumped by a pair of Zipcar-driving thugs who dangle him over the gonorrhea-ridden Gowanus Canal to make him turn over the hard drive he stole from the dungeon he penetrated while working the case for Officer Drake. He informs them he destroyed the drive and won't reveal his client's name, insisting it wouldn't help them because he's a cop and they can't blackmail a cop. While one of the thugs (Jim), wants to kill Jonathan, the other (Eric), suggests they hold him for ransom and use the money to open their own dungeon in Boston. Jonathan calls George asking him to deliver $20,000 cash at 2 AM to the Brooklyn warehouse where he's being held. Although George is already very stoned (in response to the news of his diagnosis), he agrees to these terms.

George enlists Ray's help, and they head to the spy shop where Howard lets them in after hours to stock up on equipment for their rescue mission. Armed with Rohm Rubber Bullet guns, Flashbang grenades and walkie-talkies, George and Ray head out. Back at the warehouse, waiting to attack, George confides to Ray that he has prostate cancer and that he made out with his doctor: "I may be dying and falling in love at the same time."

Waiting for the ransom, Jim confides his affinity for Oscar Wilde, relating to his quote that he had "a love that dare not speak its name." Eric retorts that Jim's love has a name: "tranny chasing." As the two rumble, Jonathan makes a break for it, but fails. Meanwhile outside, as they launch their rescue operation, George misfires, hitting Ray in the head. They are captured by Jim and Eric who are riled because George didn't bring the money. Jonathan makes another call, and they drive to New Jersey where his parents are waiting with $2,000. Disgusted with the paltry sum, but not able to kill anyone in the bright light of day in the suburbs, the thwarted thugs take off. Jonathan's mother prepares George, Ray and Jonathan a breakfast of eggs, white fish and herring.